My Pot of Gold & A Giveaway! 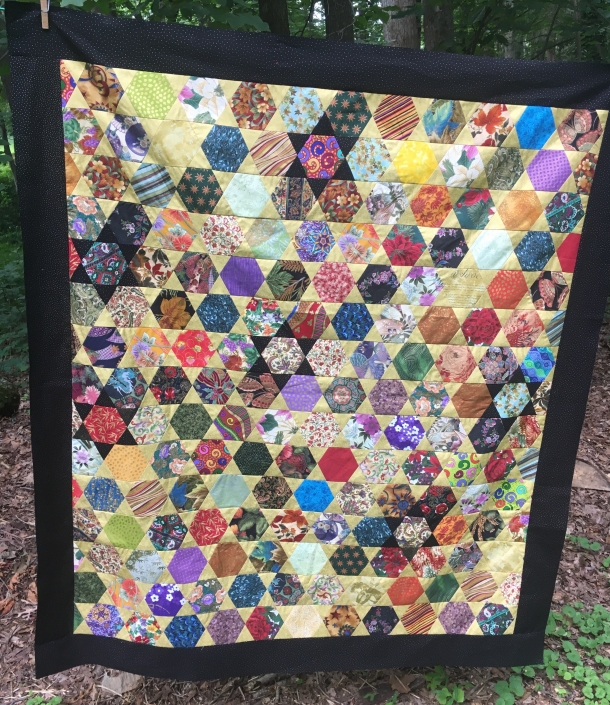 Several years ago, more like many years ago, I started collecting metallic fabrics. Many had an Asian theme and I loved them.  It took me a couple of years to decide, but finally I decided to do a hexagon star pattern.  I cut the hexagons on my Sizzix – I cut, and cut, and cut.  Rather than cut the individual triangles, I sewed the hexies to strips of fabric and then trimmed.

I found this black with gold dots fabric and a friend suggested that I scatter a few black stars about. Had to admit – a good idea.  It also meant taking some of the quilt apart in places, but it was doable.

Finally, I pulled the project box out and was inspired to complete this quilt top.  I added the black borders. I played with a couple of cornerstones, but nope, the black borders were it! It is being added to my “to be quilted” pile, as I plan on quilting this one myself. The project box, however, is empty!

Leftovers – many hexie leftovers! And several pieces of the fabrics! I will not save them, but if someone out there would like them, they are yours if you leave a comment saying so. I will randomly pick a winner and announce the winner next Wednesday, July 3.

Linking up with:  WOW     Midweek Makers