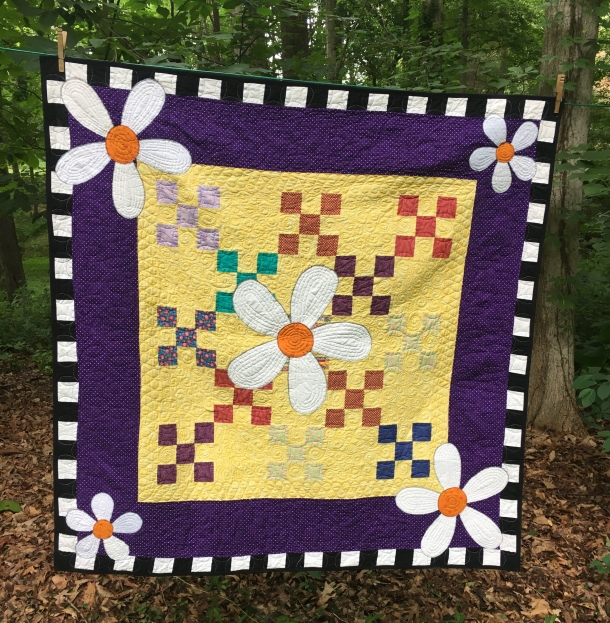 Several years ago at my guild annual auction, I bought a pretty pieced and appliqued quilt top.  It needed just a little work, which I did and then to the closet it went.  When I recently pulled it out I decided it would make such a cheerful Hospice quilt. One of the guild members very generously quilted it on her domestic machine – and boy is that woman talented! Unfortunately, she sent me a picture of the red coloring on the base of her sewing machine due to quilting this quilt! I used a red fabric that had been donated and it never dawned on me to prewash it.  Well, shame on me! 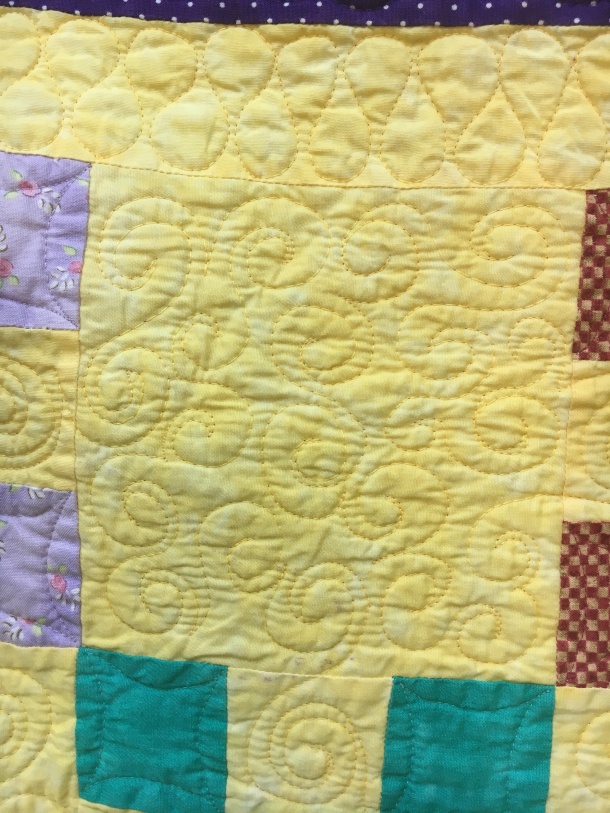 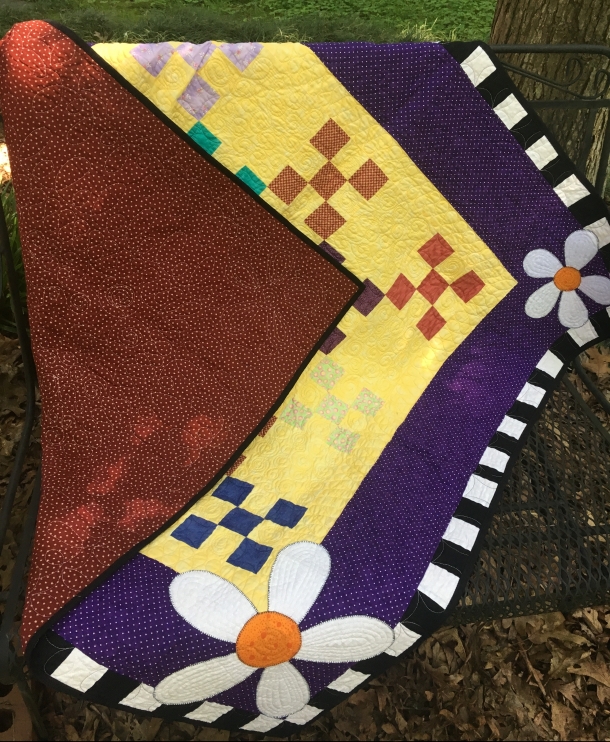 After binding the quilt, in the washing machine it went with two color catchers.  The first cycle gave me two very dark pink color catchers. The second wash they were a light pink. The third, the one color catcher I used came out colorless so now I knew the quilt was color safe.  How much better it would have been to prewash that fabric! That will definitely be what I do in the future.  Ahhh – learning the hard way – I bet I won’t forget! 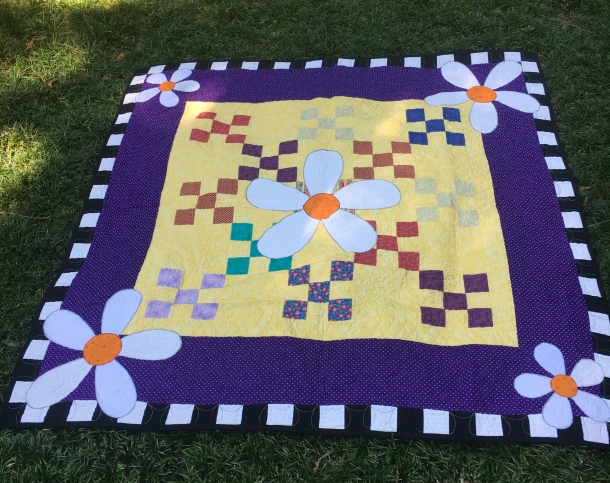